“How about from the banks of the Potomac?”

Fischer Black, having made the journey between two distinct worlds, from MIT to Goldman Sachs, neatly summed up the difference between economic forecast models and the cold reality of hard market data.

Just before 8:30 EST on the morning of December 3, 2021, 75 eminent economists polled by Bloomberg looked closely at their data screens as they waited anxiously for the Bureau of Labor Statistics (“BLS”) release of change in US non-farm payroll data. Most of them had been speaking and writing with confidence about their forecasts for the prior week, while their teams continually updated and massaged their econometric models. The lowest forecast in the group was + 375,000 jobs. The highest was + 800,000.

At 8:30, the BLS posted + 210,000 and sent treasury bond yields temporarily soaring. That Friday morning was a very bad day to be an eminent and highly compensated Wall Street economist.

The most accurate forecast (the lowest) was off by 2.3 standard deviations. The highest was off by 8.3 standard deviations. Like weathermen and political pollsters, most of them will keep their jobs, as perhaps they should. The Fed imposed an extraordinary increase in the degree of uncertainty on forecasters and traders by their opacity, the inevitable consequence of their move to a subjective interest rate standard; how could we expect otherwise?

After all, on August 27, 2020, The Federal Reserve Board made the job of economic forecasting infinitely harder when they decoupled their rate actions from the prior “clear” two percent target and gave themselves license to impose their judgment upon the data...Please find the full brief below. 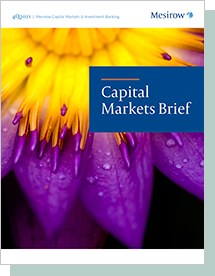