While the markets continue to function (albeit at higher pricing and moderately worse terms), summer vacations were in full effect as the end of the summer saw a slowdown across the board. 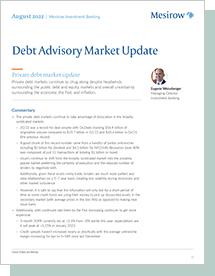